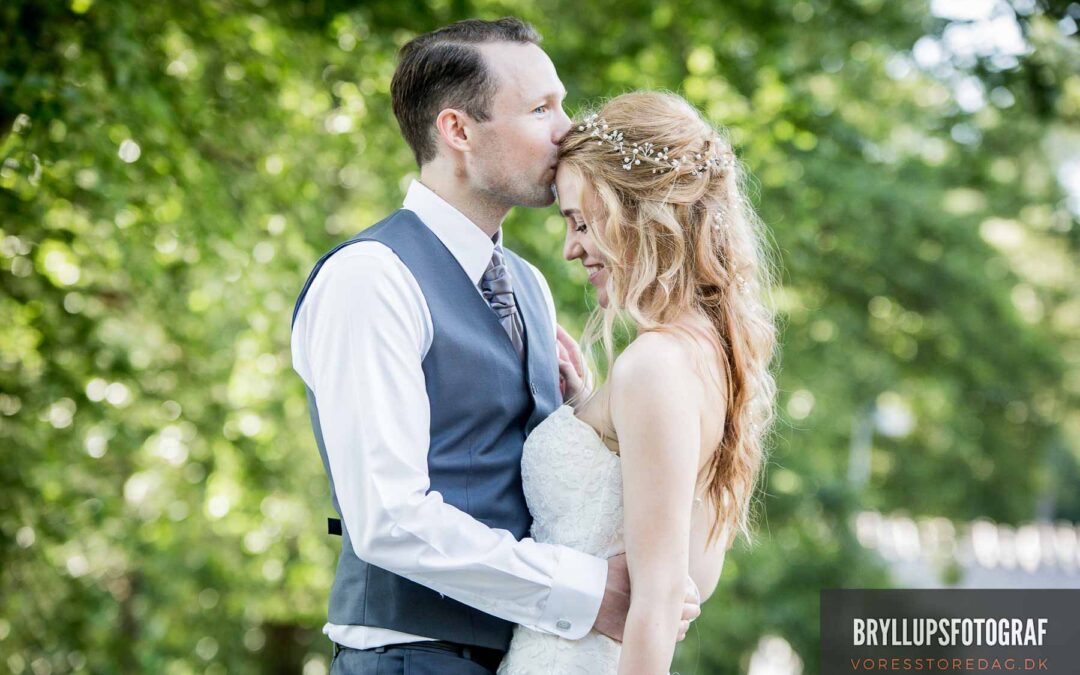 I visited Denmark for the first time. I was so excited for the chance to fully immerse myself in a totally different culture, and to experience new sights, foods, and people. I did not expect, however, that one of the people I would meet would be the love of my life and my future husband.

I remember it all so clearly, like it happened yesterday. I was invited to Denmark to join singer/actor, Stig Rossen, as a special guest on his Christmas tour.

I flew in from the United States and spent the next 1 1/2 months traveling all around beautiful Denmark, singing and playing violin on stage with Stig Rossen.

There were many guys working backstage. Tough guys. All dressed in black. Moving heavy things and setting up machines. I didn’t pay them much attention. Simon, my fiance, was one of these “men in black.”  One night, the crew and performers all went for a drink at a small pub in Esbjerg.

There was a family living upstairs in the pub and their dogs roamed free. Being a dog fanatic, I kneeled down, scratched, and whispered to the little black terrier. I walked away but out of the corner of my eye, I saw a man come and gently whisper to the dog and scratch its belly.

I stood in the corner and watched and thought to myself, this man loves dogs as much as I do.Later that same night, around 3 in the morning, I woke up with horrible stomach pain. It was pouring rain and was extremely cold. I knew I had to get to the pharmacy for some medicine.

I didn’t know what “pharmacy” was called in Danish and I had no idea where to find one! I stepped outside and saw the man – the man who loves dogs.I asked him what the word for pharmacy was and if he knew here I could find one.

At this point, we were already drenched from the rain and freezing. Yet, instead of just telling me where the pharmacy was, he replied, “Follow me. I’ll take you.” It was a long 15 min walk to the pharmacy and though we didn’t talk much, I felt a warmth from him. I knew right away that he was special. Very special.

When I returned to my hotel room, I stayed awake the entire night thinking about this mysterious man.  I quickly discovered that he was one of Stig’s “men in black.” He was one of those tough guys who did all the work behind the scenes. During shows, he was stationed right outside the backstage entrance. We began to talk. The mysterious man became my friend. He was quiet. He was warm. He was funny.

Over the next month, I fell in love. Head over heels in love. I tried to be backstage whenever I could. I just wanted to be near him all the time.

But the last day of the tour came so quickly and we had to say goodbye. I felt a hole in my heart that I had never felt before. A huge sadness came over me when we embraced and hugged each other farewell.On my flight back to the States, I felt like I had just lost the best man I had ever known. The best man in the world. I probably cried for 24 hours.

Luckily, we stayed in touch through Skype and email. And a few months later, I was in Denmark for the second time. Only this time it wasn’t for work. Over the next few years, he followed me on tours through Europe and the U.S. and I flew to Denmark whenever I could.

Then I moved to Boston to finish my last year of school. We had a true long-distance relationship. Aarhus – Boston. He flew in to see me regularly. We fell more and more in love with each passing year. Each passing month. Each passing day.

wedding will be in July

But saying goodbye over and over became increasingly difficult. We couldn’t live without each other.  So I moved to Aarhus.

I got my masters. I got a job in the Aarhus Symfoniorkester. We bought a house. And we have a little dog named Scarlett. He proposed with a diamond ring on December 21st. Our wedding will be in July. We cannot wait.

For our wedding, we are planning a traditional church wedding in Lisbjerg (Aarhus N). Afterwards there will be a dessert reception at our house (5 min walk from the church) in the garden. We are estimating between 60-70 people at the ceremony and dessert reception.